I have been studying and researching the UFO/UAP phenomena for over 30 years, but I am still amazed at how little credit or admiration that this man received for the important, unmatched work that he did. In my opinion every Ufologist with the means and drive should emulate all that Dr. Rutledge did and more importantly if the larger so-called UFO organizations would follow his blueprint with modern high tech equipment, we may just uncover some answers.

Not only was he a major inspiration for me to create "In The Field", but his work was unlike any other person that has entered this field before or after. Ironically there are still researchers who are unfamiliar with him and I find this mystifying for a number of reasons, but mostly for the casual interest that his ground breaking work received.

In 1966, Harley Rutledge completed his Ph.D. in solid state physics at the University of Missouri. A short time later he took the position of Professor and Chairman of the Physics Department at Southeast Missouri State University. He became President of the Missouri Academy of Science. He was Department Chairman from 1964 through 1982 and retired from teaching in 1992.

The story began in February and March of 1973 when strange accounts began to trickle out of Piedmont, Missouri of people witnessing balls of light flying around and disrupting car engines and televisions. Soon numerous people from all over began to flock to the area hoping to catch a glimpse of these anomalous balls of light. The local TV station and newspapers covered it extensively, mostly drenched in sarcasm with a few roughly criticizing the locals as uncultured.

“Unbiased, disinterested physical scientists usually measure the properties of inanimate matter. Biological, medical, and behavioral scientists, on the other hand, study intelligences less than or equal to their own. In this Project, we dealt with an intelligence equal to or greater than that of man. We interacted with the phenomenon under study.” 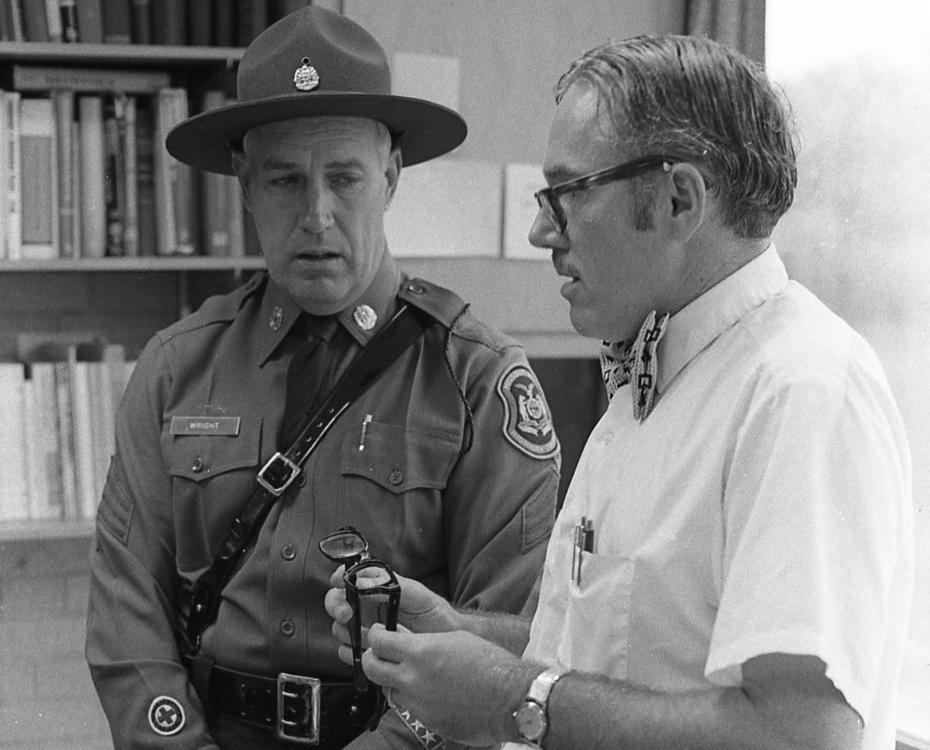 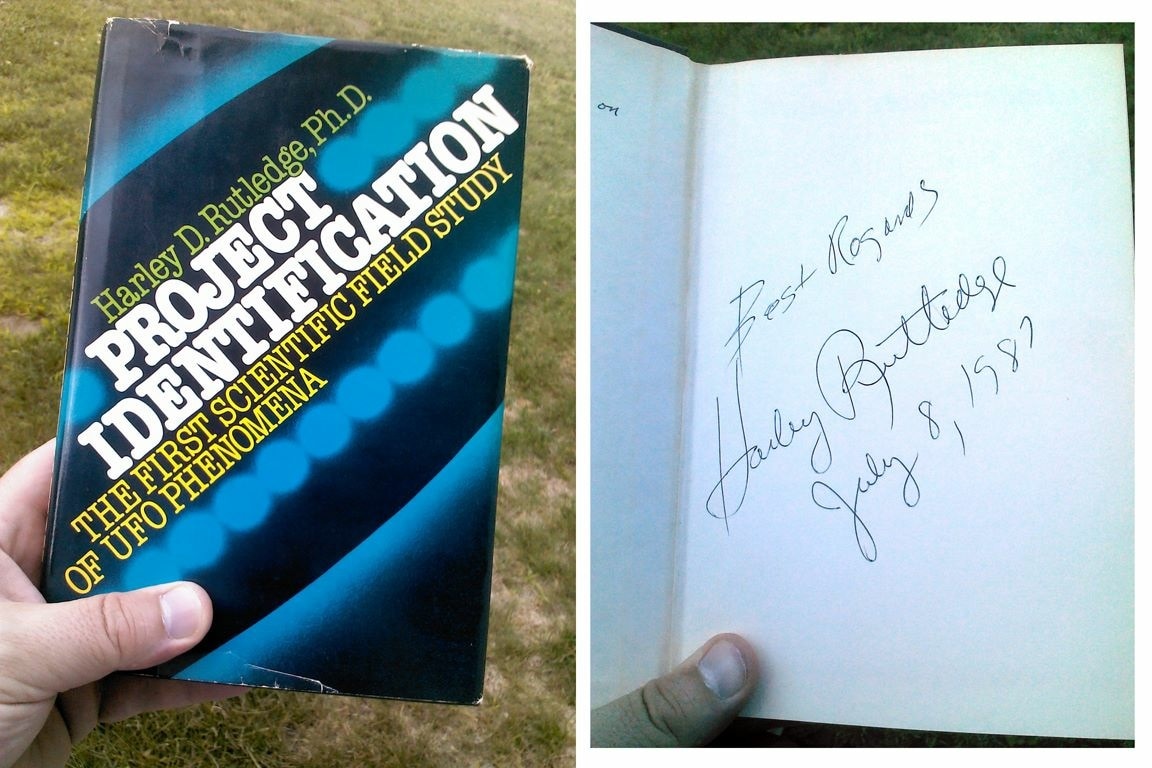 The strange events in the small town of approx. 2,000 people was all everyone was talking about and groups of people gathered outside at night to witness these mysterious lights. One night a excited woman on a local news show displayed some photos she had taken of the lights and the next morning this prompted two of Dr. Rutledge's colleagues to jokingly suggest that he go and investigate these UFOS in Piedmont. He laughed and said "I wouldn't touch that with a ten foot pole!" Less than 2 weeks later he would change his mind completely. 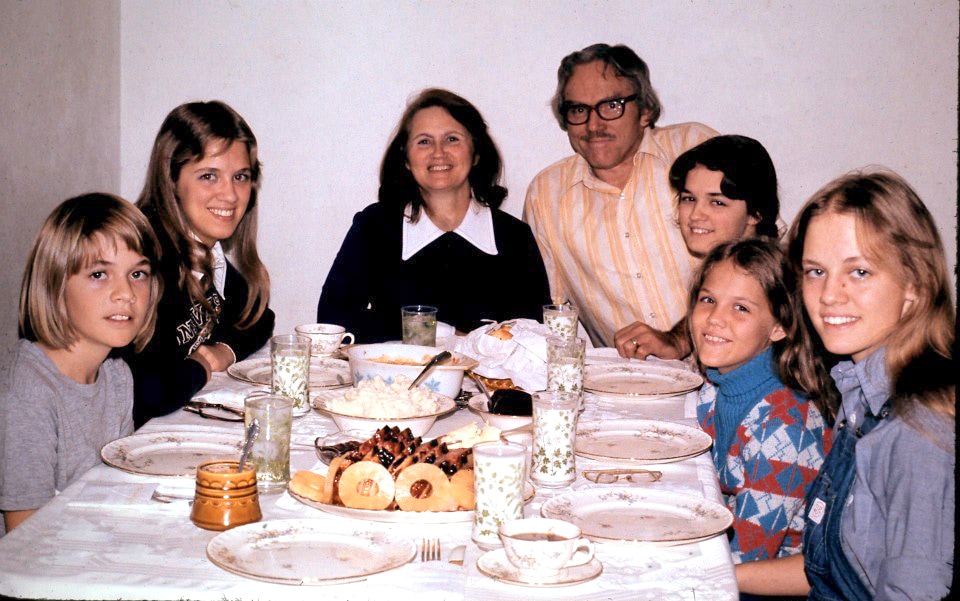 The Rutledge family around the dinner table in the early 70's
At the time of the sightings Dr. J.Allen Hynek was active in his investigations and made a trip to Piedmont to look into what was going on. He was contacted and invited by State Representative Jerry Howard through Police Chief Gene Bearden because of the frequency & number of sightings. He stated "We ourselves didn't see anything, but that's to be expected......but we found a great number of highly excited people". Pointing out the power of suggestion he implied that people were seeing lights from observation towers....."You have to disregard any light on the horizon" he said.
.
I believe this was a large missed opportunity for Hynek and if he had not so hastily made a judgement and left, his story would have been much different. Surely if he teamed up with Rutledge and spent some time out there he would have observed these bizarre lights, but this was not to be.

"We ourselves didn't see anything, but that's to be expected......but we found a great number of highly excited people" - Dr. J. Allen Hynek 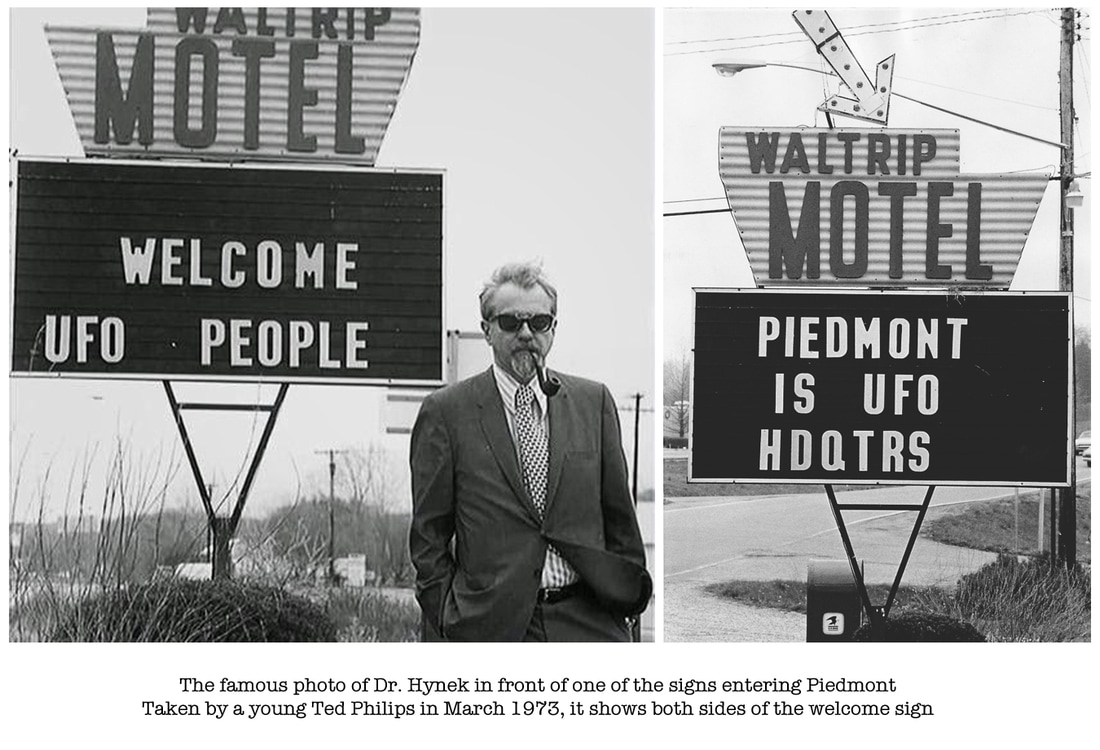 On April 6th 1973 Dr. Rutledge, Prof. Milton Ueleke and both of their their wives made the trip to Piedmont to be briefed on what was going on by Dennis Hovis who ran the local radio station where many of the sightings were reported. During the conversation Hovis was interrupted by listeners that were phoning in sightings reports. Dr. Rutledge thought that obviously this radio station was the real "Piedmont UFO Headquarters".
Within a few minutes another call came in and when Mr. Hovis returned he excitedly explained "Theres been a UFO landing on Clark's Mountain....This high school boy with his parents saw it and they are reliable!"
Rutledge agreed to go, but as he got in the car he turned to Prof. Ueleke and said "Milton, this could be a big put-on for our benefit."
This report turned out to be a local pilot who had dropped down behind the mountain and shut his lights off, creating the illusion that something was landing. 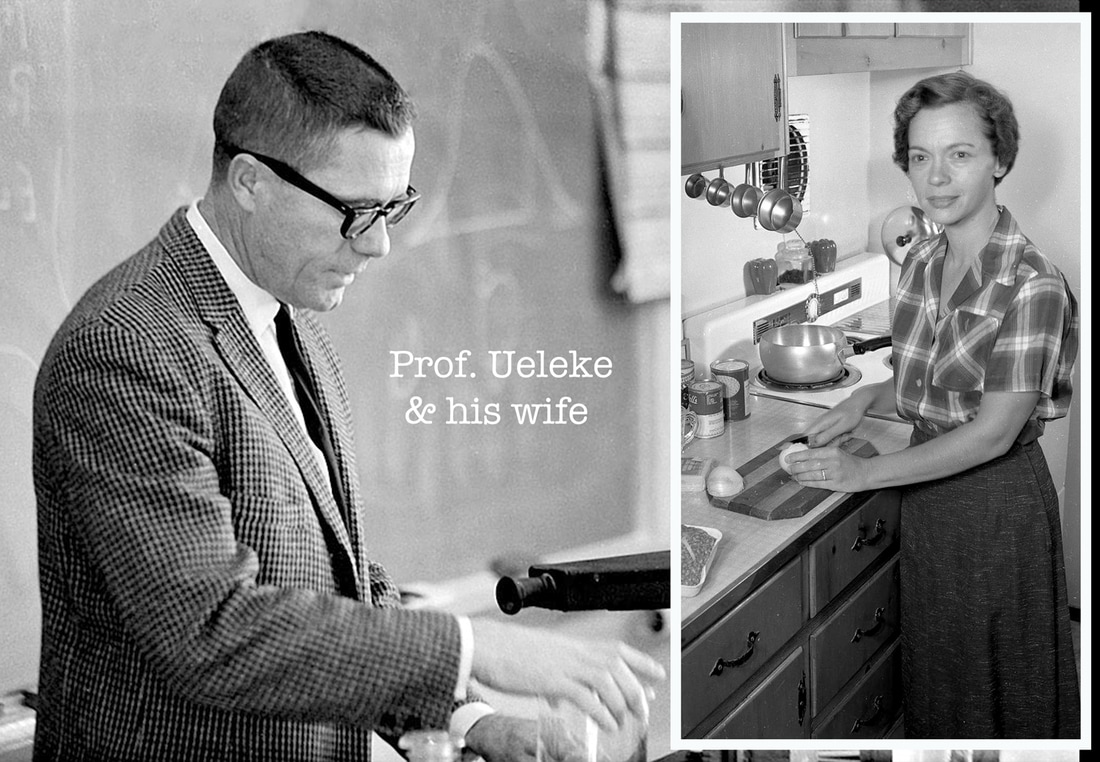 "Theres been a UFO landing on Clark's Mountain....This high school boy with his parents saw it and they are reliable!" -Dennis Hovis 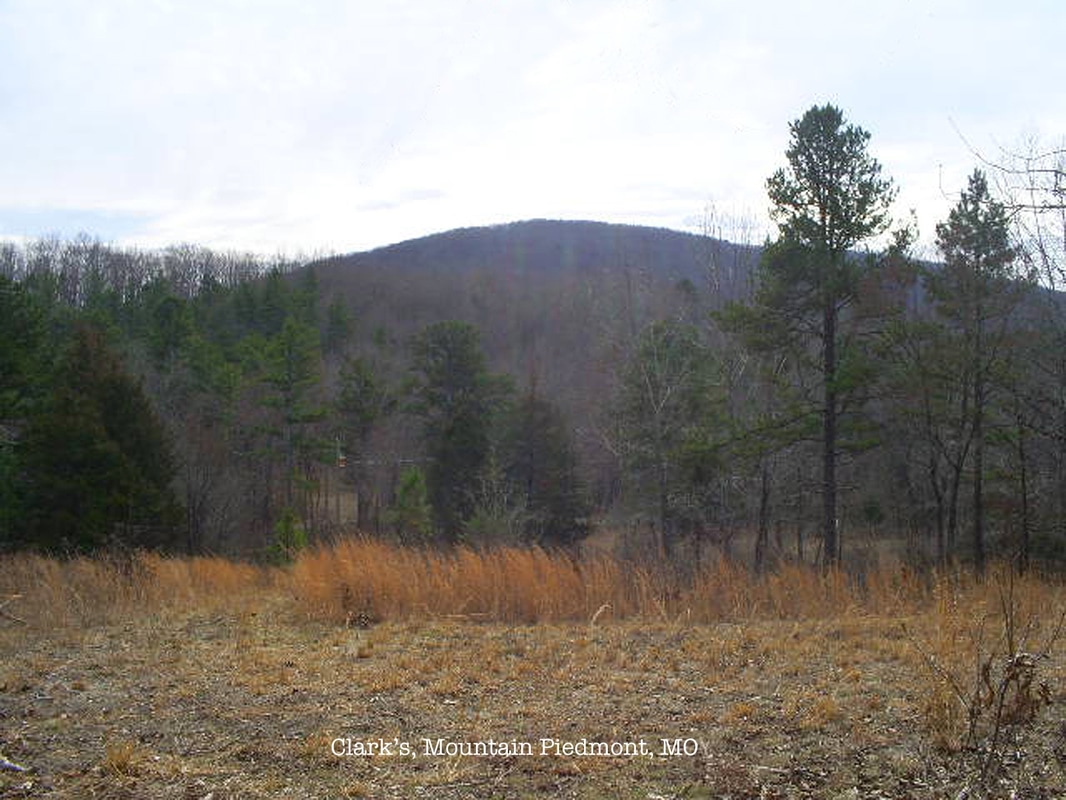 With no success they drove back to town and had dinner with a local couple who were friends of the Ueleke's. Over the meal they decided to visit another spot called Pyle's Mountain which was an area with earlier reports. It was at this spot with his telescope that Dr. Rutledge made his first observations of these strange lights and he described them this way..."Less than an hour had elapsed on Pyle's Mountain when a small stationary light suddenly appeared near the southern horizon. After locating and centering the light in the telescope on 8X, I attempted to view the light on a higher power, but before I could focus properly, the light went out. It had been visible for about 5 seconds. At intervals of several minutes, the light appeared 3 more times, but in a different position each time."
He was finally able to catch it magnified at 80X when it remained visible for 20 seconds and described it as a stationary ball of light that didn't just shut off, but "decayed" as a powerful tungsten bulb does when the power is cut.

"The five sightings did not convince me that UFO's existed, but they were peculiar and they certainly aroused my interest." - Dr. Rutledge

Prof. Ueleke stated his opinion that he thought they were just viewing car headlights in the distance, but Dr. Rutledge disagreed completely and devised a plan to show that this theory was not the answer. The very next week he hired a pilot who happened to be a university student majoring in physics, to fly a Cessna 150 over the area to look for a road to use to prove his point. They located an old logging road and returned that night to observe the area. Once they were in the air they could quickly see the lights of the town when suddenly an amber/orange light appeared on the slope of the mountain near the top. The pilot turned the aircraft and made a beeline towards it, but within seconds it went out. Simultaneously another one came on several hills away and the pilot banked towards this one. Through the binoculars Dr. Rutledge said it looked to be very close to the earth's surface, possibly on it and as they got closer to it it suddenly shot straight up and out of view. Rutledge stated "My interest took a decided leap after those two sightings from the Cessna 150. But although the appearance and behavior of the two lights were perplexing, I did not accept them as UFO's at the time." 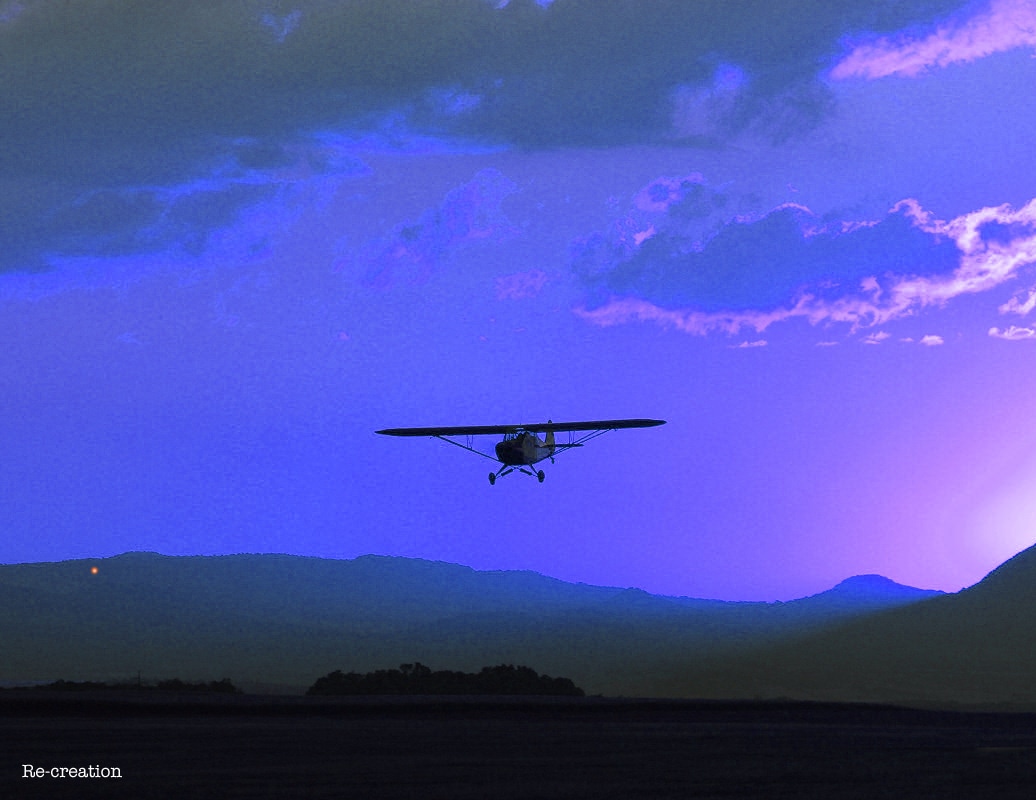 This launched into what would become "Project Identification" and would span from 1973 until 1980. A total of 158 viewing stations were setup all over the area and the sky was watched for 427 hours. There were 620 observers over the years and 378 were Project observers. Not included are the many hours Project members observed the sky when not present at a station. There were 157 sightings of 178 UFO's and the behaviors that they observed have all been recorded by different members of "In The Field" in the present day. Some examples are what Dr. Rutledge called "Pseudo stars" and this is when they will hover in place, sometimes for a long period of time to blend in with the stars and then suddenly move off or blink out. Another example would be something Rutledge did not observe, but many told him they had witnessed it and that would be a ball of light cruising over an area and dropping a smaller lit object down to the surface, usually a wooded area. Several members of ITF have caught this on video and it is very obvious that they have some type of agenda and are intelligently controlled.

The advantages we have today are extremely better for observing and gathering data from these sightings, yet it has not happened except in sporadic individual cases with "Active Observers" like us. Not only is our equipment far more advanced than in the 70's such as night vision, telescopes, cameras, or spectrometers, but to communicate with others and move in on a repeat, active area (Flap) would be swift.

Unfortunately this has happened in a few cases, where an area was very active and was reported over and over, yet ignored and even scorned at without any observation by laptop critics. Meanwhile the larger so-called UFO organizations are posting videos or photos of lens flares and insects, yet this actual UFO activity is clearly ignored. They need to take a good long look at what this man achieved or what we at ITF are trying to achieve and follow suit....follow the Rutledge Blueprint... 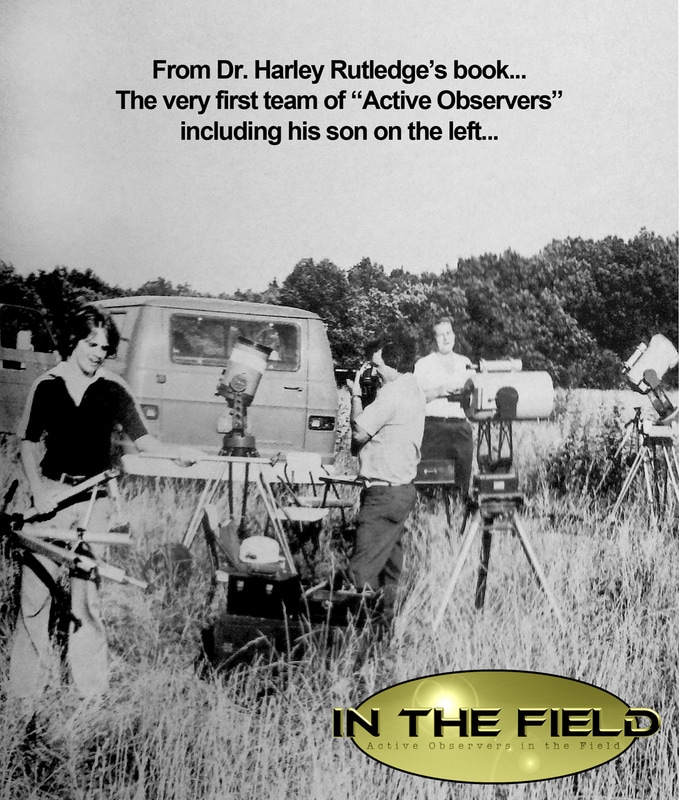 "A relationship, a cognizance, between us and the UFO intelligence evolved. A game was played. In my opinion, this additional consideration is more important than the measurements or establishing that the phenomena exists. This facet of the UFO phenomena perturbed me as much as the advanced technology we observed. It is a facet I cannot really fathom - and I have thought about it everyday for more than 7 years."
- Dr. Harley Rutledge 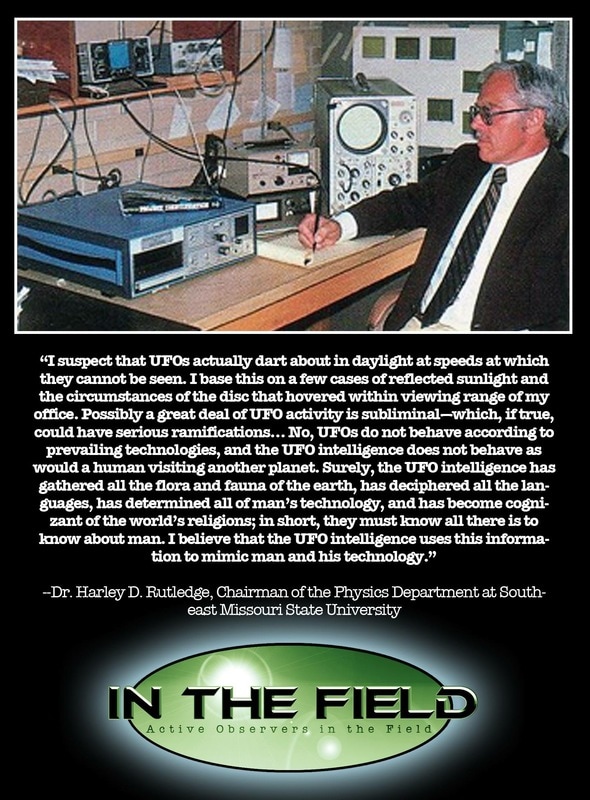